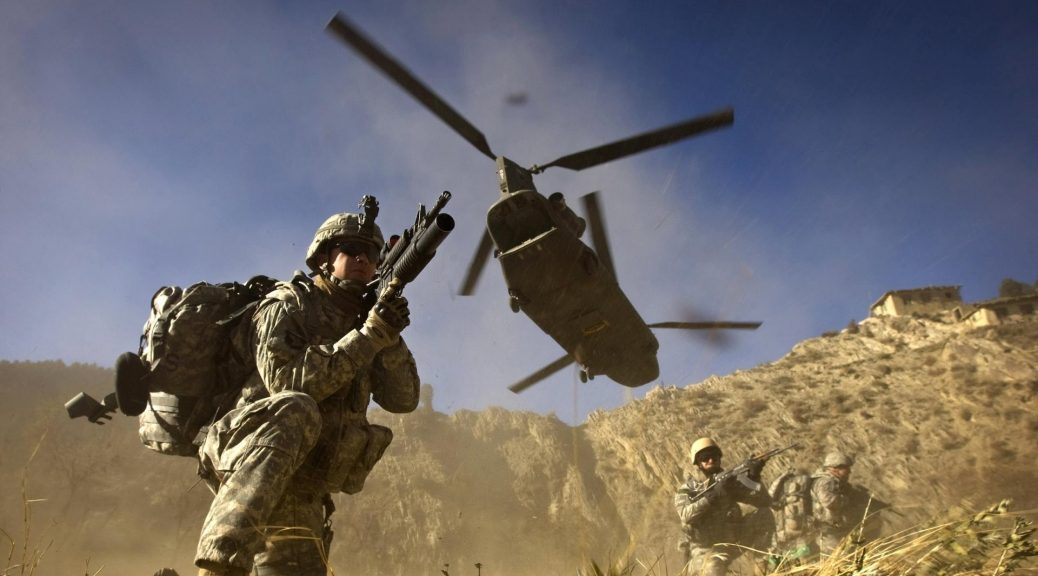 What is the True Cost of
War?

There is something very odd happening in the world everyday. Instead of heading towards tolerance and peace, some prefer to use violence, crimes, and even start a war, to get what they want. Throughout history, we hear about wars that earned our independence as a nation, about wars that gave us freedom, and so on. Many stories raise a war and the sacrifice of people to the level of necessity, using words like bravery, self-sacrifice, and courage to mask the atrocities and sufferance that lies behind all wars. These stories also mention heroes, to take our attention on the things that really count when it comes to a war, and that is the real cost.

Hearing the concern-filled statements by Tulsi Gabbard regarding war, one may realize the true impact of war as a whole. When we are saying the cost of war, we are not making reference just to the financial side. Although, we have to be aware that a war is mostly paid by our contributions, by the money we pay as fair tax payers to the state. Instead of using this money to repair or improve the shortcomings of the various systems existent in a country, like health-care, education, social support, especially for mothers, elders, or underprivileged families, stunning amounts of money is spent on wars. Tulsi Gabbard has always been advocating, You won’t believe just how expensive a war can get, as our minds cannot even comprehend the total sums when we hear them, this is how big they are. To have an idea of how much a war costs, just think of the fact that the war in Iraq burned out sums between $1 and $2 trillion. What could have been done with this much money? Well, a lot of things, things that might have saved lives, instead of sacrificing soldiers, who where sons, husbands, brothers, and fathers.

See a couple of video where Tulsi Gabbard is speaking on the deep matters and experiences being a part of the American army.

The true cost of war is not necessarily the money spent, but the lives lost and destroyed by the things that happen in a war. Most soldiers go in a war with the idea that they are doing something brave for the country. They believe that everybody will consider them heroes, after everything is done, not knowing that this part counts so little in reality. Unfortunately, they end up being puppets in the hands of the people that tackle the power, people that are hungry to get even more power, being ready to pay for what they want with the lives of so many innocent people. Tulsi Gabbard says, even if the soldiers will come back from the war alive, physically or mentally injured, they will have to face a system that does not value them anymore. We’ve seen the case of so many veterans that ended being homeless after the Military decided they no longer needed them. There is so little support for the people that fought for the country, putting their lives into danger, that it is even shocking. They come with wounds that will not allow them to get a decent job to support themselves and their family and, even worse, they come home with mental traumas, produced by the atrocities they saw and the friends they lost, not allowing them to have a normal life again.

So the true cost of war is not the money spent to fuel such a thing, but the people lost in the process. And we are not making reference here only to the people that died here, but also to the ones that lost their limbs or earned deep psychological scars, these people never being capable of leading a normal life and being normal members of the community.

You may think that the authorities ought to help them out, providing counseling and therapy sessions to help the soldiers find their balance once more. Well, you will be amazed to find out that the Military has very little funds dedicated to such things. Tulsi Gabbard also highlights the same thing. No matter how brave you are, no matter how positive you try to be, the war will leave deep scars in your mind. The sound of bombs, of the artillery rounds, the view of bodies flying everywhere, seeing your colleagues wounded or even killed, having to leave them behind because they cannot move due to their injuries, will change a man, no matter how strong, forever. And no one will take responsibility for this, taking proper care of the people that had to participate in a war, choosing to invest only in the war and not in its consequences. The Army invests a fortune in training people to deal in combat, to be efficient warriors, but no one invests in recovery programs for the after the war period.

Thus, the country has to sustain people that are not capable of working, and not capable of producing for the community, because no one considered them worthy enough to be recovered. It is hideous to think that, for the system, they were just some killing machines, which were disposed after they role was over. Even if some wars in the past were necessary, today the situation is even worse. The wars of today are the mere desires of murderous people, who forget what real humanity is, using name to manipulate the masses and lure them into becoming criminals.

Tulsi Gabbard is executing a lot of efforts on discouraging wars. Today’s wars are led by tyrants, who have no respect for human life, neither for their fighters, nor for the innocent people that have no fault in their dirty game, producing even more casualties and ruining the economy of whole countries. There are for sure some illegal parts in present days wars, just like it may have happened in the past as well, and these are parts very well hidden from our eyes. We are given to see what they want us to see, never revealing the true cost of a war. They will never tell us how much money will they take from us to finance such murderous actions, they will not tell us whether our loved one will ever come back, always presenting the war like a big lottery win, without any consideration for the consequences, once more.